Striking at the Belly of Gastric Cancer 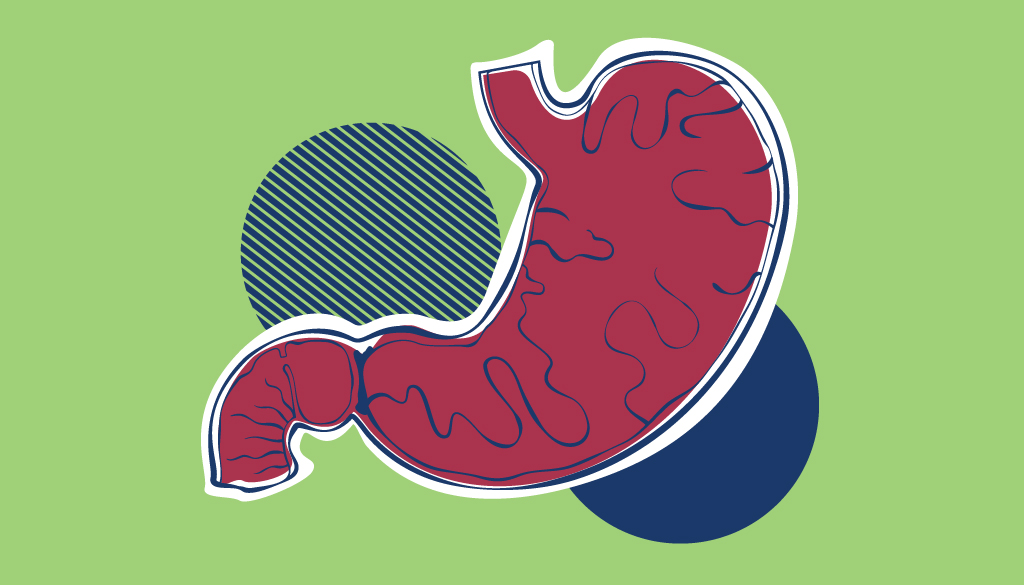 Every year, around 300 Singaporeans lose the battle against gastric cancer.1 This number is particularly tragic because gastric cancer can be treated—when caught early. The reality, however, is that most patients only find out when it is already too late.

“Gastric cancer can be cured if detected in the early stages. Unfortunately, more than 60 percent of gastric cancers are currently diagnosed in the late stages, when the survival rates are low,” said Dr Zhou Lihan, co-founder and CEO of biotechnology company MiRXES.

According to the 2018 Annual Report of the Singapore Cancer Registry1, around 70 percent of stomach cancer cases in both men and women are detected at stages 3 and 4, when the tumour has burst through the layers of the stomach and spread extensively outward. “By detecting more gastric cancers in the early stages through cost-effective screening strategies, we will be able to prevent deaths due to late diagnosis of gastric cancer thus improving and saving lives,” Zhou said.

Characterised by the frenzied multiplication of cells in the innermost layer of the stomach lining, gastric cancer is a highly complex disease that can be triggered by a host of factors including diet, age, stomach infections and genetics.

In its earliest stages, gastric cancer is surprisingly silent, with hardly any signs. But even when it starts showing itself in earnest, the symptoms of gastric cancer can be very unassuming, sometimes manifesting only as a poor appetite, unintended weight loss or vague abdominal discomfort.

These relatively mild symptoms make early detection tricky. “These symptoms are also non-specific and may be mistaken for other less serious conditions, such as gastritis,” Zhou said. Instead, doctors often turn to endoscopy, which pushes a long, thin tube down through the throat to look for abnormalities inside the stomach. Endoscopy may be effective, but it’s also very invasive, putting off a lot of people who may need it. “Furthermore, population screening strategies using only gastroscopy are not cost-effective from a public health perspective, due to the relatively high cost of gastroscopy in most countries,” Zhou added.

To facilitate smoother, more accessible screening, MiRXES has come up with a test based on microRNAs, tiny bits of RNA molecules that help fine-tune the expression of genes. By looking at fluctuations in the levels of 11 key microRNAs, this novel test can detect stage 1 gastric cancer with nearly 90 percent sensitivity and a negative predictive value of 99.5 percent.

For patients who are on the fence about the endoscopy, testing positive on the microRNA panel could be the push they need. “Together with other clinical assessments for gastric cancer risk such as Helicobacter pylori infection, the GASTROClear blood test can be used to identify patients at high risk who should undergo gastroscopy,” Zhou said. “This combination of a blood test with follow-up gastroscopy is a practice-changing healthcare innovation which can be implemented for cost-effective gastric cancer screening.”

For example, genetic mutations could weaken key defender proteins, making us more susceptible to malignancies. This is the case with mutations in the TP53 gene, which is supposed to keep cell multiplication under control. In the more aggressive forms of gastric cancer, certain genetic mutations disable TP53, leading to poor prognosis.

Precision medicine may also look for specific molecules that could signal that the tumor is about to spread to distant body parts, demanding urgent action. Other markers instead give clues about how effective (or ineffective) a certain cocktail of drugs is going to be, or how likely gastric cancer is to return after being treated. Taking all this information into consideration, doctors can then design treatment programmes that maximise effectiveness while minimising unwanted side effects.

Faster diagnoses and tailored treatments aren’t the only contributions of precision medicine in the fight against gastric cancer. By diving deep into the inner workings of a tumor, state-of-the-art techniques like gene expression analysis help scientists zero in on molecules that play crucial roles in the development and progression of the disease. In turn, drug developers can search for compounds targeting these molecules and come up with better anti-cancer medications.

By 2025, Singapore plans to have sequenced the genomes of 100,000 healthy people as well as of a cohort of patients with specific illnesses. Linking such rich genetic data with electronic health records containing clinical and lifestyle information will not only enable doctors and other healthcare practitioners to make more pointed medical decisions but will also open the floodgates to important scientific research, paving the way to a deeper, more complete understanding of diseases.

Gastric cancer is scary; not just for the patients, but for their families, too. Through early detection, targeted treatment and the promise of even better care in the future, precision medicine makes this burden a bit easier to bear.