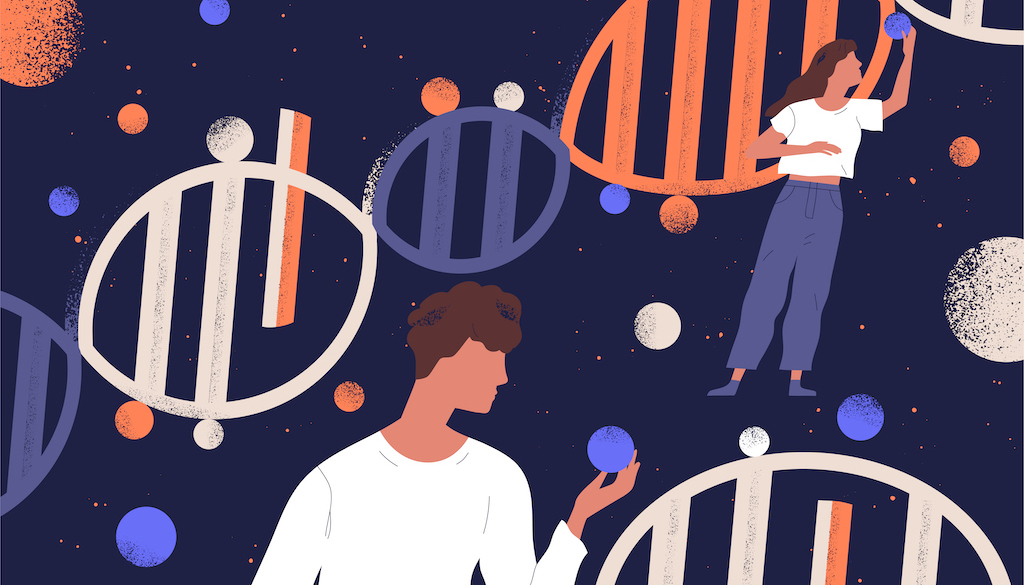 More than 350 million people around the world suffer from one of more than 6,000 known rare diseases.[1] For many of these patients and their families, the journey to discovering the underlying cause, aptly called the diagnostic odyssey, is often a long and arduous process involving multiple specialists and misdiagnoses.

But what if we could reduce this odyssey to a short journey—from an average of seven years to just days? Clinicians and scientists in Singapore’s Undiagnosed Disease Program, Bringing Research Innovations in Diagnosis of Genetic Diseases in Singapore (BRIDGES), have shortened the journey to about 10 days, said Saumya Jamuar, a clinical geneticist at KK Women’s and Children’s Hospital and a Principal Investigator in BRIDGES. This is thanks to a test called RapidSeq, a technology made possible by decades of advances in genomic sequencing.

Opening the doors to diagnosis

While not all rare diseases are genetic diseases, the majority—about 80%[2]—have their roots in our genes. As such, numerous research programs have been launched worldwide to explore the potential of genomic sequencing for diagnosing rare diseases.

In Singapore, the BRIDGES team studied this potential in 196 children enrolled in the Singapore Undiagnosed Diseases Research Endeavour for Kids (SUREKids) study. Through genomic sequencing, the team was able to provide a diagnosis to 37.8%[3] of the children, who had previously undergone genetics tests but remained undiagnosed or had symptoms that did not fit into any known genetic disorder. With similar programs showing a diagnostic yield ranging from 25 to 40%, these results are in the upper end of the global norm, Jamuar said.

The team could boost the yield further—above 50% in some cases—by sequencing three or more family members or grouping patients based on their visible symptoms or phenotype, like developmental delay or neuromuscular problems.

More than simply putting a name to a condition, however, identifying the underlying cause provides a gateway to better treatment. In fact, by surveying the patients’ primary geneticist, the BRIDGES team found that a diagnosis led to changes in genetic counselling in 100% of cases, and a change in management in 27%.

Perhaps more importantly, these answers can provide closure to the families of these children. “One child,” Jamuar remembers, “had been in hospital for nine months, from soon after birth. She was in the ICU every other month on all sorts of antimicrobials. Once we made the diagnosis, we knew what the problem was, and we managed her with a bone marrow transplant. After a successful transplant, she actually went home after having been in the hospital for over a year.”

A global push for diversity

Much of the work performed under the BRIDGES program would not have been possible without the growing global movement to share genetics data. With three million variants in our genome, finding the single variant that causes a patient’s disease is like finding a needle in a haystack, Jamuar said. While the BRIDGES team did suspect that a specific variant was responsible, it was not found in any of the publicly available databases. Instead, they leveraged databases like GeneMatcher and Matchmaker Exchange, which facilitated collaboration with both local and international labs.

“Over 60% of our patients would not have been diagnosed if we were just using public mutation databases which did not contain the variants seen in our patients. This shows the disparity that exists in genomics data, both from healthy individuals and patients,” Jamuar said, referring to the paucity of data from Asian and other ethnic groups in current European-centric public genetics databases.

National Precision Medicine initiatives such as SG10K_Health are proving essential for increasing the diversity of public genetics databases. The BRIDGES team found that 61% of variants in their multi-ethnic Asian population were novel, and have paid it forward by adding variants with predicted pathogenicity to public mutation databases such as ClinVar.

Reading between the code for new solutions

While providing 37.8% of patients with a diagnosis is an amazing achievement, this means that 62% remains undiagnosed. The options for these patients may lie in what we don’t yet know.

Given that we have 20,000 genes in our body, and only 7,000 are well-characterised, one answer may be to look at identifying novel genes, said Jamuar. Another is to look at so-called non-coding regions, which make up 99% of the three billion base pairs in our genome. Jamuar likens these regions to the spaces between paragraphs of text. “When we read a book, we know that when there’s a full stop, there’s a space, you go straight to the next paragraph. What if there’s a mutation that affects that space and affects its function? We don’t understand that fully yet,” he said.

While there is still a lot more to uncover and challenges to overcome, genomic sequencing clearly holds enormous, if not infinite potential in diagnostics alone. As the field matures, more patients with rare undiagnosed diseases will be able to look forward to not only a shorter diagnostic journey but also more targeted and tailored therapies.

[1] What is a rare disease? Rare Disease Day [hyperlink] https://www.rarediseaseday.org/article/what-is-a-rare-disease