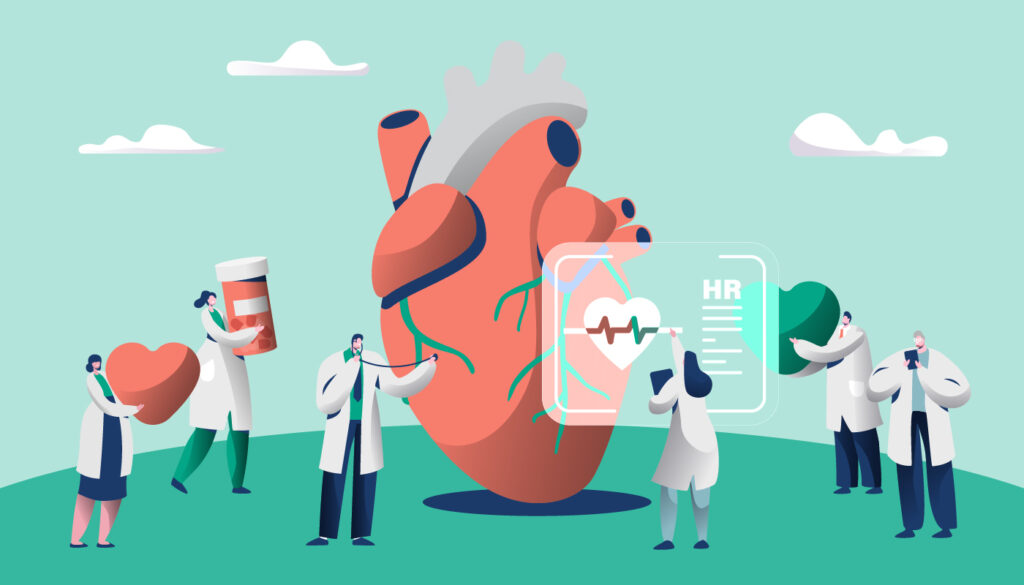 It may be commonly inherited and potentially life-threatening, but familial hypercholesterolemia remains an underdiagnosed and undertreated condition. Precision medicine could change that.

Mei Yen was just 21 when she started getting occasional chest pains. At the time, she still thought of cardiovascular disease as an affliction that only pertained to the old and overweight. Nevertheless, a history of heart problems in the family prompted her to go for a check-up. The results turned out to be a terrible surprise: at 400mg/dL, Mei Yen’s cholesterol level was exceptionally high and more than twice the recommended level.

“I was very shocked because I was in the prime of my life,” Mei Yen, now a mother of two young girls, recounted in a video for the Singapore Heart Foundation. “[The doctor] told me that I was basically a walking time bomb. It didn’t occur to me that this would happen to me.”

Following her check-up, Mei Yen was diagnosed with familial hypercholesterolemia, an inherited genetic condition that causes elevated cholesterol levels in otherwise healthy individuals, thereby increasing their risk of early heart disease. Today, she is on statin medication, which helps lower her cholesterol levels. She also watches her diet carefully and gyms three times a week; the drugs, combined with better lifestyle habits, enable her to continue staying healthy for her children.

Half of all people whose parents have familial hypercholesterolemia end up inheriting the condition themselves. In Mei Yen’s case, it was her father who had had elevated cholesterol levels, caused by a genetic mutation.

Our genes are short fragments of DNA that carry a set of instructions for our cells to perform different functions. Sometimes, however, genes undergo mutations that alter their instruction-giving abilities. In the case of familial hypercholesterolemia, the LDLR gene that contains instructions responsible for clearing ‘bad cholesterol’ is defective. Over time, this ‘bad cholesterol,’ which is also known as low density lipoprotein (LDL), begins to accumulate and clog the walls of the arteries.

For patients, the good news is that not every story has to end in tragedy. Effective drugs, such as Mei Yen’s statin medication, can lower LDL cholesterol levels by 50 percent or more. All that is needed for doctors to prescribe them is a clear diagnosis.

Currently, a quick blood test and knowledge of family history can diagnose familial hypercholesterolemia at an early stage, a diagnosis that can be confirmed by genetic testing. When it comes to familial hypercholesterolemia, defective LDLR genes are only the tip of the genetic mutation iceberg. Variations in protein-producing genes such as APOB or PCSK9 may also hinder the efficient removal of LDL from the bloodstream, leading to the same condition of inherited, elevated cholesterol levels.

This approach of taking into account a person’s family history, genes and lifestyle behaviour to predict, diagnose and treat diseases is called precision medicine. Apart from early diagnosis, precision medicine could also help scientists to compare individuals with familial hypercholesterolemia, and ultimately deduce more of these genetic variants that cause disease. Early detection of these defective genes would go a long way in diagnosing and treating familial hypercholesterolemia, and make a world of difference for patients and their families.

Prevention is better than cure

Familial hypercholesterolemia is just one example of an inherited disease that precision medicine can help to diagnose and treat. Through cutting-edge technologies such as whole genome sequencing and artificial intelligence-driven data analysis, precision healthcare professionals can go a step further and prevent certain diseases from developing in the first place. By tapping on genetic, environmental and lifestyle data, they are able to identify patients at risk of conditions such as diabetes and even cancer before their early onset, allowing doctors to focus on prevention rather than cure.

With Singapore’s SG100K project to sequence genomes and collect phenotypic and lifestyle data from 100,000 participants well underway, researchers and doctors will not only be able to draw links between genotypes, genetic variation, and disease but also look at more complex factors such as gene regulation, gene expression, and protein synthesis—and how individual behaviour and lifestyle choices may lead to the development of specific health conditions.

Receiving a diagnosis of inherited diseases such as familial hypercholesterolemia might leave patients feeling hopeless, as there is nothing they can do to change their genetics. But by arming these same patients with knowledge of their condition through early diagnoses, precision medicine can free them to make lifestyle and treatment choices that change their medical fates.