Disentangling the Genetics of Diabetes 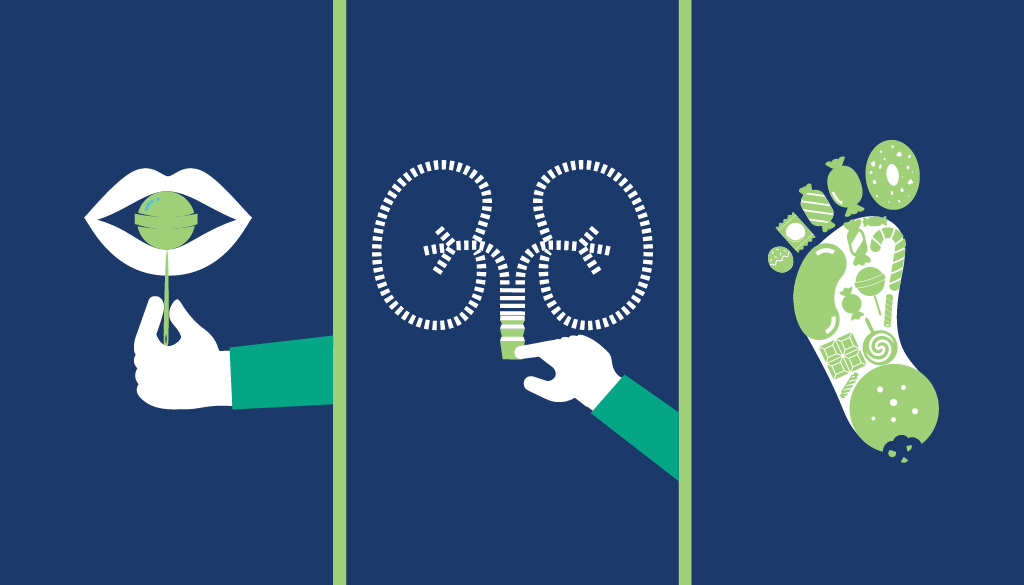 With several different subtypes, causes and therapies, diagnosing and managing diabetes have become a complicated problem. Precision medicine could hold the answer.

Diabetes is a serious issue in Singapore, where 400,000 people suffer from the chronic disease. By 2030, however, that number is set to increase by 50 percent to 600,0001, driven by changing population demographics.

“Diabetes is an invisible disease,” Prime Minister Lee Hsien Loong explained at the launch of the WHO’s Global Diabetes Compact, in early April 20212. “It does not appear as a top cause of death, but many heart attacks, strokes and kidney failures in fact trace back to diabetes.”

The diverse impacts of diabetes are especially concerning because it has no cure. The best way to deal with it is to prevent it from developing in the first place.

Not just about sugar

At its most fundamental level, diabetes is simply having too much sugar in the blood. Because its basic definition is so broad, hundreds of millions of people the world over have been diagnosed with it. But in truth, the disease is much more complex, having many different subtypes, each with their own unique set of causes.

Very rarely, diabetes can be attributed to monogenic mutations—changes in one single gene that affect the way it works. These subtypes run along family lines and are passed from parent to child. An example of this is MODY3—maturity-onset diabetes of the young, which is caused by mutations to a gene called HNF1A. Almost everyone who inherits these mutations from their parents will develop MODY3 in their lifetime.

The vast majority of diabetes, on the other hand, arises due to a combination of various factors. In some cases, the immune system destroys crucial cells in the pancreas, rendering the body completely unable to make insulin, the hormone that helps cells convert sugar into energy. This condition is called Type 1 diabetes.

But most diabetics are still able to produce insulin, just not well enough to keep up with their diet. This subtype, called Type 2 diabetes, is the most open to prevention: losing weight, exercising more and cutting calories all help keep the disease at bay.

With so many diabetes subtypes to consider and so many factors to look at, delivering an accurate diagnosis is a herculean task. Thankfully, precision medicine can help tease apart the complexity of diabetes.

Rather than fixating just on sugar, precision medicine looks at diabetes holistically. Through traditional laboratory techniques, along with cutting-edge gene sequencing and computing technologies, doctors can take stock of a patient’s family history, lifestyle, genetics, diet and blood chemistry (or any combination of these) to efficiently and accurately identify a specific diabetes subtype.

For instance, while genetic tests can be used to detect monogenic forms of diabetes like MODY3, it would be impractical and wasteful to test everyone for mutations. Instead, looking first at each patient’s background and clinical profile could reveal who would benefit the most from genetic testing. Such a pragmatic approach not only translates to more streamlined care down the line, but also lowers the financial burden for patients.

Precision medicine can also lead to better disease management. Typically, type 2 diabetes is first treated with a drug called metformin. When that doesn’t work, doctors have to choose from many different types of medications that each work in unique ways.

In most cases, there isn’t a clear best choice for treatment, and often, patients and their physicians will have to go through some form of trial-and-error before they find the optimal agents to use. But precision medicine can look at each patient individually—their kidney health, body weight and genetic profile—and select drugs that would most likely be effective without causing severe side effects.

In his opening address for the WHO’s Global Diabetes Compact, PM Lee made clear where the Singaporean government stands. “Tackling diabetes is a major priority for Singapore,” he said. In a bid to beat the disease, parks and fitness facilities have sprouted all throughout the island nation, and regulations around sugary drinks have tightened.

The National Precision Medicine (NPM) project is another frontier in this battle. Singapore recognises the immense value precision medicine can bring to its hospitals and thus has set lofty goals for itself. Through a 10-year whole-of-government development roadmap, its NPM strategy seeks to establish a robust multi-ethnic genomic database with deep phenotypic characteris ation that seeks to eventually fully integrate genetics in clinical practice.

In the future, precision medicine will be widely adopted and embedded in clinical pathways as part of Singapore’s journey to transform healthcare for better outcomes. Diabetes is just one of many diseases that could benefit from a data driven precision medicine approach.