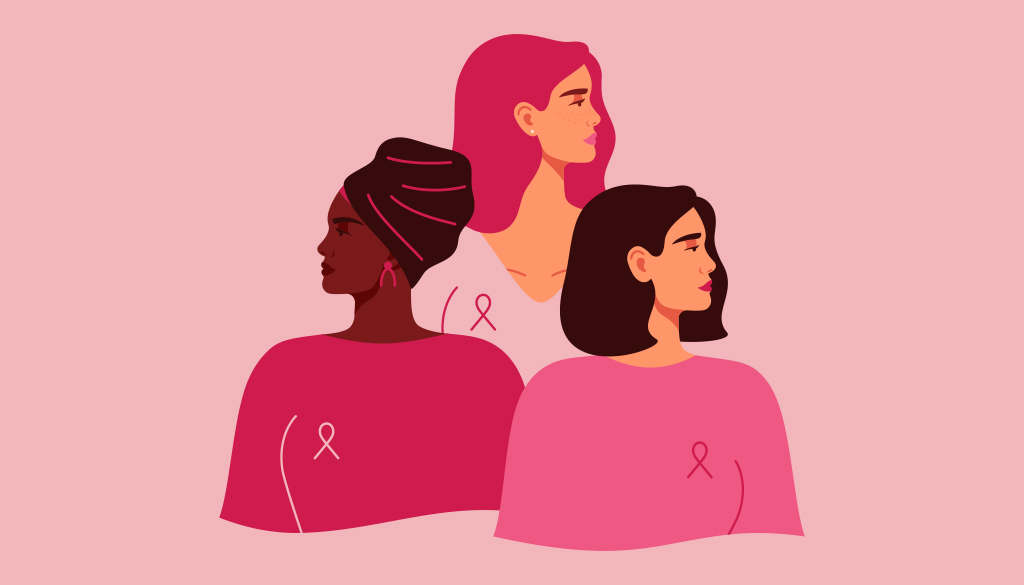 From breast cancer screening to treatment selection, advances in precision diagnostics can pave the way towards more accurate predictions about clinical conditions and more effective care.

“Mammography screening has been proven to save lives by detecting the tumour early when it’s small and most treatable,” emphasised Dr Jingmei Li, Group Leader at the Agency for Science, Technology and Research’s Genome Institute of Singapore. However, the country’s participation rate has stagnated at 40 percent, a far cry from the ideal rate of 70 percent at the minimum. With female breast cancer now the leading cancer type worldwide, much work is urgently needed to enable access to potentially life-saving medical services. “The goal is to empower women with data-driven, patient-centric and value-based care,” Li said.

Adding genes into the equation

Unlike normal cells, cancer cells grow and multiply when they are not supposed to, even spreading to and wreaking havoc on other sites of the body. This abnormal behavior often boils down to genetic mutations, which are changes in one’s DNA that contain instructions for making proteins, making genetic testing a valuable part of cancer care.

Even before a tumour has formed, genes already hold critical clues to predicting one’s risk for developing breast cancer. However, cancer’s polygenic origins, where multiple genes influence the manifestations of disease, make risk prediction a complex affair. According to Li, even common variants—variations to disease-causing gene copies that are frequently found in the population—are individually linked with only a small amount of risk.

By lumping together information from the Breast Cancer Association Consortium, Li and colleagues created a single polygenic risk score to sum up the effects of several genes with links to breast cancer. Besides confirming its validity as a prediction model for Asian populations, their approach also generates a gradient-like spread that categorises individuals into percentiles based on their risk scores, effectively distinguishing ultra-high risk and ultra-low risk groups.

In addition, scientists have been on the hunt for the right combination of clinically relevant high-risk breast cancer genes. Together with the breast cancer polygenic risk score, the application of genetic knowledge to risk stratification will enhance screening accuracy and improve efficiency.

“By adding genetic risk factors into a screening programme, we can identify many women who would later develop breast cancer yet might otherwise not be considered high risk,” Li explained.

A holistic approach to screening

Beyond genes, breast cancer risk prediction is most effective when it takes into account non-genetic factors, such as the age at which mothers had their first child or a woman’s family history. Individuals whose family members are diagnosed with breast cancer tend to be at higher risk of developing the disease themselves.

Although genes contain the codes for biological processes, they are not always switched on, making health and disease much more complicated than simply arising from genetic factors. Instead, interactions between genes and the environment help determine whether the faulty gene is activated and harmful mutations can manifest their effects. Meanwhile, external factors like lifestyle habits or pollution exposure might influence otherwise normal genes to go haywire.

While family history is not considered a genetic factor per se, it is a great way to showcase the role of gene-environment effects. Since close relatives have similar genetics and are likely exposed to similar external contexts, encouraging first-degree relatives testing could help expand screening coverage and crucially reach those likely at risk for breast cancer.

While early detection is the first and a significant step towards saving lives, information from genes can similarly be a game-changer for the latter parts of the patient journey. Even with a similar breast cancer diagnosis, not all tumours are built the same way, requiring different interventions to disrupt their disastrous effects.

As each tumour’s genetic landscape evolves over time, monitoring these changes through precision diagnostics is vital for effective clinical care. Precision diagnostics captures a snapshot of the molecular drivers of tumours, providing unprecedented insights into cancer progression and drug response. By analysing potential vulnerabilities or resistances to different therapies, doctors can select the best possible treatments for patients.

For example, when a gene called HER2 is amplified, excessive copies of the HER2 protein are produced, helping breast cancer cells evade death and accelerating tumour progression. While HER2 overexpression leads to a more aggressive form of breast cancer, these tumours also become more susceptible to a drug called Herceptin that latches onto the HER2 proteins.