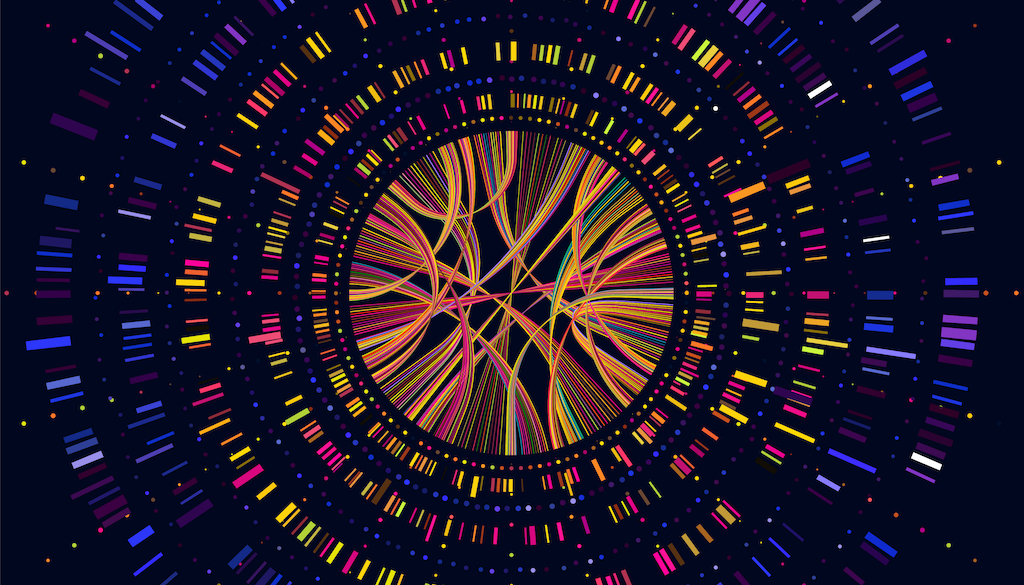 Debilitating and life-threatening rare diseases can remain undiagnosed for years, sometimes even for life. Precision medicine could change that.

For all intents and purposes, Teo Pei Shan1 was born a happy and healthy baby girl. While inside her mother’s belly, she caused no problems and likewise, on 5 August 1998, she came into this world without complications.

However, at four months old, Pei Shan started making strange, high-pitched wheezing noises, prompting her worried parents to admit her to the KK Women’s and Children’s Hospital (KKH). There, doctors noticed that her limbs were a bit shorter than normal—a possible sign of the heritable metabolic disorder mucolipidosis, though they weren’t sure.

Though her parents didn’t know it at the time, this episode in Pei Shan’s life would prove to be the prologue in a long and difficult odyssey of hospitalisations, surgeries and therapies—all in hopes of figuring out her mysterious condition.

But Pei Shan never received a diagnosis. On 19 July 2016, just weeks shy of her 18th birthday, she passed away peacefully, surrounded by family.

Not so rare after all

In all likelihood, Pei Shan was afflicted by a rare disease. As the name implies, these diseases are best characterised by how uncommon they are rather than by their symptoms2. There’s no clear consensus on how rare a disease needs to be, and each country has different standards. For instance, in Singapore, conditions that affect fewer than one in 2,000 patients are considered rare diseases.

But what is becoming increasingly clear is that rare diseases might not be so rare after all. Because so many different conditions can satisfy its definition, recent research has estimated that at any point in time, around 250 to 450 million people all over the world will have a rare disease3.

While lacking a unifying cause, genes appear to be crucial: around 70 percent of rare diseases are genetic in origin. Mucolipidosis, the diagnosis that started Pei Shan’s long odyssey, is an example of this. Other rare diseases develop alongside infections or cancers, though as in Pei Shan’s case, the exact causes often are never identified.

Rather than focus solely on symptoms, precision medicine looks at rare diseases through the lens of an individual’s lifestyle, environmental exposures—and most crucially—genetics. For many rare diseases, identifying genetic mutations, or tiny changes in the genes that affect how they work, can be a strong clue leading doctors to the correct diagnosis.

In 2014, Singapore began applying the principles of precision medicine in tackling rare diseases and launched its flagship programme called Bringing Research Innovations for the Diagnosis of Genetic Diseases in Singapore (BRIDGES).

In the six years since, BRIDGES has deployed state-of-the-art genomic sequencing technologies to over 400 patients, reaching a diagnostic yield of around 35 percent, at par with the world’s best. Of every three patients who join BRIDGES, at least one will walk away with an exact diagnosis for their rare disease4.

In its pilot run, RapidSeq managed to diagnose in four of 10 newborns suspected of having a genetic disorder. Incredibly, while rare diseases often take up to years before being diagnosed, RapidSeq returned results in two weeks6.

A collaboration between SingHealth and Duke NUS, PRISM has catered to over 2,000 people since its inception in 2018. Many have been referred to specialists to help manage risks, while others have received further counselling regarding future family plans.

The start of another odyssey

Though precision medicine can shorten the diagnostic odyssey for rare disease patients, it often marks the start of another one: the therapeutic odyssey. After all, there are more than 7,000 known rare diseases, of which over 90 percent lack an approved, targeted treatment9.

Despite the steady stream of newly approved drugs from biopharmaceutical companies, scientists still estimate that in the coming decade, approximately only 600 rare diseases will gain new therapies. Thousands will remain untreatable.

But as gene sequencing becomes the norm in clinics, scientists will have access to a more extensive and diverse pool of genetic data. In turn, this could energise research and accelerate the development of treatments that are effective even in patients of different racial and socioeconomic backgrounds.

Over the next 10 years, teams across Singapore will deepen this database, encouraging more research into rare disease. Hopefully not long after, families like Pei Shan’s will get to see their beloved babies live happy and healthy lives.

2 What are rare diseases? [Online] https://www.kkh.com.sg/giving/Documents/Rare-Disease-Fund/index.html

4 Over one in three rare childhood disorders diagnosed in six years [Online] https://www.a-star.edu.sg/docs/librariesprovider11/gis-publicity/t1/PR_BRIDGES-Over_one_in_three_rare_childhood_disorders_diagnosed_in_six.pdf

5  Hope should not be rare for patients with rare diseases [Online] https://www.singhealth.com.sg/news/defining-med/hope-should-not-be-rare-for-patients-with-rare-diseases

9 A Decade of Innovation in Rare Diseases [Online] http://phrma-docs.phrma.org/sites/default/files/pdf/PhRMA-Decade-of-Innovation-Rare-Diseases.pdf