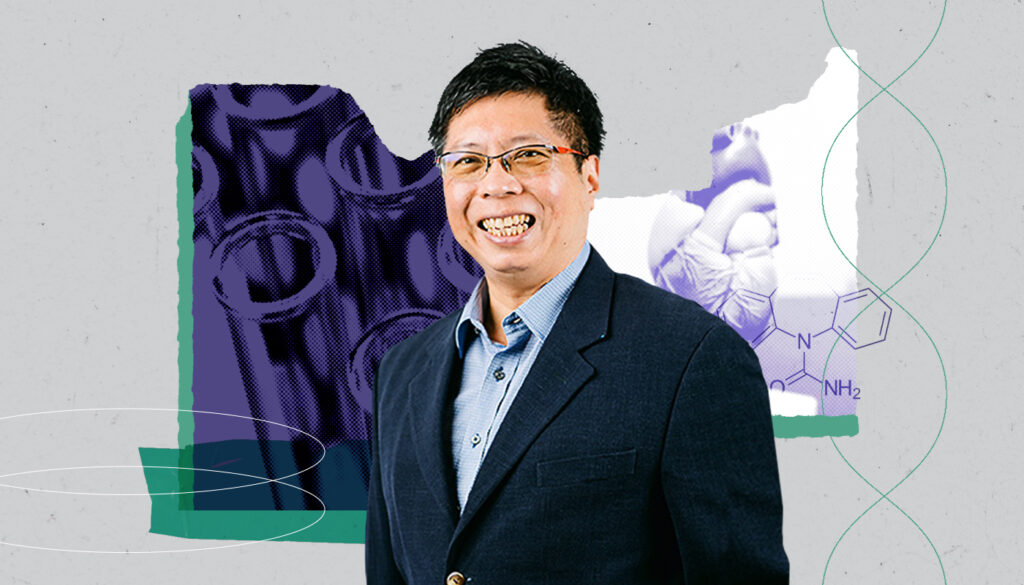 Think about the last time you visited your doctor. You probably sat down and told her about your symptoms, had a quick physical examination and—if there was time—told her a bit about your habits like whether you smoke or if you have been eating well. Based on that ten-minute consultation, your doctor would have to diagnose you and prescribe some medicine, which in all likelihood would be the same as the last patient with similar symptoms.

But what if your doctor could have spent those ten minutes finding out more about your overall health concerns instead? Or discussing the implications of a genetic test that you just took and what it means for your health? Precision medicine is not just about getting more accurate diagnoses and drugs that would be both safer and more effective for you, but also an opportunity to re-think the patient-physician relationship, said Professor Tai E Shyong, Chief Medical Officer of PRECISE.

Tai, a clinician-scientist specialising in metabolic disorders, shares how precision medicine is already making a difference in the lives of patients and how he hopes it can help Singapore future-proof its healthcare system.

1. Could you give us an example of how precision medicine has helped patients avoid serious side effects?

There is a drug called carbamazepine that is used to treat epilepsy. Although it is largely safe, some people who take carbamazepine develop a very severe skin reaction that is almost like a burn affecting the whole body. In fact, some people end up dying from this complication.

Recently, researchers discovered that a gene called HLA-B*1502 encodes susceptibility to this side effect, which means that if you carry this particular variant, you are at 180 times higher risk of developing this severe reaction than if you didn’t have this genetic variant. Because of the very high risk of adverse reactions to carbamazepine and the relatively high frequency of the HLA-B*1502 variant in Singapore, a study by Duke-NUS health economist Professor Eric Finkelstein found that testing patients for the variant before giving them the drug is cost effective. On the basis of this data, the Health Sciences Authority recommended that everyone in Singapore who is prescribed this drug should first be tested for this variant. After testing was introduced in 2014, the number of cases of severe side effects went down to almost zero.

2. How can precision medicine improve the way diseases are diagnosed and drugs developed?

In addition to helping us reduce side effects, precision medicine could also help patients go from diagnosis to treatment, particularly in the case of rare inherited diseases. The word ‘rare’ is actually a misnomer because while each individual disease is rare, about 5-10 percent of the population suffers from one of these inherited diseases. Most of these patients are children, who may undergo many tests over the years while trying to get a diagnosis. Very often, there is no treatment available even after the diagnosis is made.

How can precision medicine help this? First of all, if it is an inherited disease, there will be something in the genome you can measure to make the diagnosis in the first place. But it doesn’t stop there. Once you know what the genetic defect is, you can develop drugs to correct it, as has happened in the case of cystic fibrosis. So genetics doesn’t just allow you to diagnose disorders but actually allows you to develop new therapies.

3. Your expertise is in metabolic disorders and cardiovascular disease. How is precision medicine transforming the way these chronic diseases are managed?

Similar to other developed countries, heart disease and stroke is the leading cause of death in Singapore, accounting for 30 percent of all deaths in 2019. While preventative lifestyle interventions are important, effective treatments are also available. The trouble is that they are not always given to the patients that need them.

Take for example the case of familial hypercholesterolemia, an inherited condition that increases the levels of cholesterol in the blood such that people with this genetic defect have very high levels of cholesterol and are 20 times more likely to develop heart diseases. However, if you can diagnose the disease early and start patients on cholesterol-lowering treatments, you can return the life expectancy of these individuals almost back to normal.

Unfortunately, for most of these people—we think that there are probably 20,000 of them in Singapore alone—remain undiagnosed. However, sequencing the entire population to identify those individuals is a very expensive endeavour. One approach may be to screen family members of those known to carry a genetic variant that causes familial hypercholesterolemia. The best way to do this—and the impact it could have at the population level—is still unclear. At PRECISE, we will be working with clinicians in Singapore to identify the best way to get treatment to those who need it most. This way, we might reduce the overall burden of heart disease in the future.

4. Why is it important for Singapore to pursue precision medicine?

When we participate in precision medicine or any other kind of health research, we are ultimately trying to change the way medicine is practiced. In countries that spend very little on healthcare, a small amount of spending results in a large increase in health. However, these gains plateau off as you get to developed countries, where you find that governments spend more and more on healthcare without much gain in health. Part of the reason for this is that the way we practice medicine today is imperfect, so trying to do more of the same thing doesn’t necessarily give rise to better health.

One imperfection lies in the fact that family history only scratches the surface of the genetic component, which can explain up to 30 percent of health and disease. Given that we can now sequence the entire genome at lower and lower cost, precision medicine promises to uncover the precise genetic contribution to disease and allows us to determine the appropriate treatment more accurately.

The challenge, however, is that the quantity of information to be processed is vast and cannot be easily handled in the clinic during a traditional consultation. As such, we must also find ways to summarise this data into a form that doctors and patients understand, ultimately allowing them to make decisions based on this information.

Another benefit of using technology in this way is that it could allow doctors to use their time in the clinic to more fully understand a patient’s concerns. Instead of having to guess a patient’s genetic susceptibility from imprecise interviews, doctors can instead focus on giving preventative advice informed by each patient’s genetic background, lifestyle and environment.

Precision medicine won’t solve all the problems in healthcare, but the hope is that we can do better than the trial-and-error approach and create a more efficient healthcare system that meets patients’ needs.